Reflections on Pulse & The Work That Lies Ahead

Today has been weighty for me for a couple of reasons. First, after 13 months of being severely under-employed while I finished up the final year of my Master’s, I stepped back into the realm of full-time employment today. I was actually supposed to start this new position last week, but I requested that the start-date be moved back a week in order to allow for me to attend the West Ohio Annual Conference of the United Methodist Church. I was not conscious when I made that request that I would be moving my first day at my new job to coincide with the one-year anniversary of the devastating shooting at Pulse Nightclub in Orlando, a shooting which took the lives of 50 persons if we include the shooter, Omar Mateen. I knew of course that the anniversary was coming. I just wasn’t cognizant until early this morning of the additional emotional impact that it would carry for me today as a take my first steps into this new career, this career of counseling.

My journey to being a counselor, as many of you know, was birthed out of my own journey to understand my own identity as someone who is both a gay man and a person of faith. My passion is to help create safe spaces where it is safe for others to ask and to work through their own questions of identity regardless of their sexual orientation, gender identity, or religious or philosophical perspective. I see my calling as that of a companion walking alongside those seeking to better understand themselves, their communities, the world, and the larger universe that contains us all. Of course, I know that many of those questions can never be definitively answered, but there is value in our journey to seek understanding. 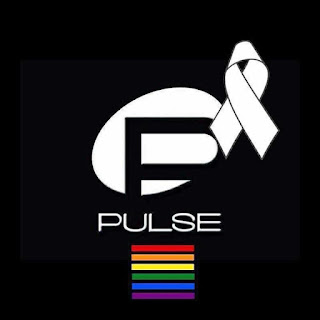 For those who lost their lives a year ago today in that nightclub during an event aimed at celebrating the Latin community, that journey was cut short. That morning, I remember seeing the headlines as I glanced at my Facebook newsfeed as I got ready for the day. That day I went to Cedar Point with a small group of friends. I knew that I would have plenty of time to read into the details either on the car ride up to the park or while standing in line for a ride. Sadly, acts of gun violence come so frequently in the United States that I didn’t feel the kind of urgency that I once did to know what was going on right away. Then, I met my friends, we headed towards Cedar Point, and I… Well, to be honest, I forgot about it.

When we arrived at the park, we set about riding rides. At some point, while waiting in lines or walking through the park, I began reading more. The details made the impact of what had happened simultaneously grow and shrink. It grew in magnitude as I became aware of how many people had been shot, and it also became smaller, more intimate, as I realized that this could have been me. My mind filled with memories and the emotions of dancing with friends on the floor of Axis Nightclub in the Short North here in Columbus, Ohio. Axis was the first place that I, as a timid adult gay man in my early thirties felt what it was to be truly in community with other people like me. It was the first place that I became conscious of the fact that I, for the first time in my life, wasn’t worried about whether what I was wearing made me look too gay. I wasn’t worried about what my hands were doing, what my voice might sound like, or what words might be carried by it. I felt utterly free to be me. That experience is what gave me that courage to attend my first Pride festival in Columbus the following weekend in 2010.

With my mind in that space, I wondered how many of the people at Pulse that night were experiencing that feeling of freedom, of utter transparency and authenticity. At that moment, with my friends in the midst of a theme park, it fully coalesced for me how the argument can be made for LGBTQ+ clubs as sacred spaces. In those moments, when we feel free to be the purest representations of ourselves, there is a transcendence to the experience. And that night, that transcendence, that sacredness was shattered, not only for those who were shot but also for those who will never again be able to enter a nightclub or lose themselves in the masses on a dance floor without an awareness that it can all be broken in moments. 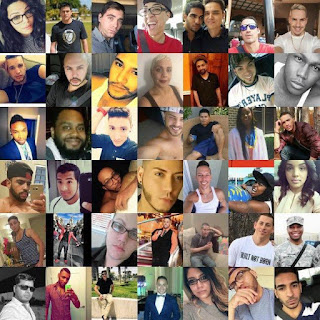 As the day went on, my group of friends, all gay men themselves, began to discuss what we had read. Speaking about it aloud made it even more real. I was thankful to be with them that day. It also made me more aware of other LGBTQ+ persons in the park. As someone who lived for so many years afraid of embracing the fullness of my identity, seeing same-sex couples in the park always brings a smile to my face, but that day it was even more meaningful, a reminder that, no matter what people do to try to push LGBTQ+ persons to the margins, there will always be some among us who will rise to defend our right to be who we are and to love who we love. I was also thankful for supportive comments from Cedar Point employees that day. There was part of me that felt the urge to rush back to Columbus to be with my local community that day, but it felt good to know that I was in community where I was.

So, today, as I took my first steps into this work of partnering with people, other human beings, to walk with them on their own journeys, I am thankful for those spaces and voices that have helped, and continue to help, me in wrestling with what it is to reconcile aspects of my own identity. I am hopeful and enormously humbled as I earnestly seek to be a presence that walks with others towards a place of better understanding, both of ourselves and of the world that surrounds us. Maybe, someday, we will reach a place where difference is not seen as something to fear or to inspire violence. May we walk together and speak together towards that end. 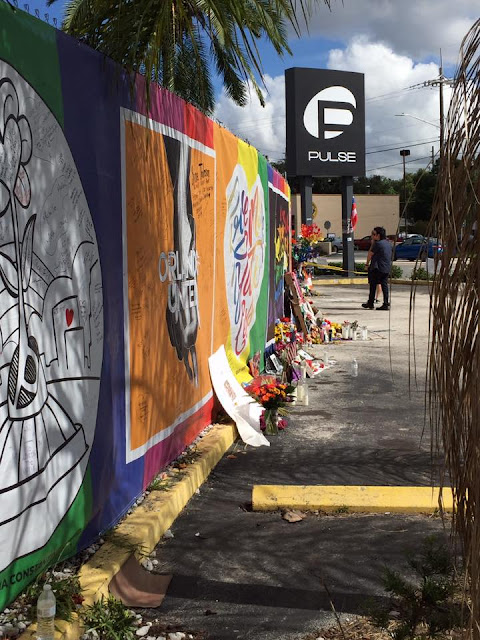 Posted by Authentic Culbs at 7:49 PM No comments: