Sorry.  I realize that I’m a few days behind in getting to this, but I want to share some of my thoughts from this years Pride before returning to my story.  This year’s Pride was amazing.  The temperature was in the mid to high 70’s.  There was no rain.  The protestors seem a little more pathetic each year.  Oh yeah, and George Takei was there.

I was supposed to march with my school, The Methodist Theological School in Ohio, this year, but we couldn’t get a group together.  Still, proud of the fact that they were an official sponsor of the event this year.  So many in the LGBTQ community have been harmed by faith communities, and I think it makes a tremendous statement when an institution of higher theological learning voices its support in the fight for the full inclusion of all people in the life of the church.

Since I was unable to march with MTSO, I opted to march with my own congregation from Broad Street United Methodist.  It was good to be amongst familiar faces, especially in that tense moment when we all turn off of Front Street and onto Broad Street as we make our way up to High Street.  That single block of Broad Street between Front and High is where the designated space for the protestors.  They hold their signs and speak into their bull horns.  There is a part of me that feels sorry for them.

While I never actually protested at a pride parade, despite invites to do so, it still wasn’t so very long ago that I saw the world a lens very similar to theirs.  So badly, I just wish that they could set themselves free from the confines of the box that they have placed themselves into, to allow themselves to conceive of an understanding of God that is far grander and more loving than they have ever given themselves permission to perceive.  I know that they can’t see things that way though, at least not yet.  They have to be open to hearing that message and seeing the world in that way before anyone can ever guide them there.

Every year, I just want to walk up to them and ask, “Does this really work?”  Even assuming that they are correct, and all practicing LGBTQ people are on the fast-track to eternal damnation, is their method of communicating their message really effective.  Does anyone ever walk up to an angry person with a bullhorn, fall to their knees on a sidewalk, and say, “I need Jesus.”  Even if they are on the right side of things, I think they could all use a few courses in marketing.  Their delivery leaves a little to be desired.

After having left the protestors behind, the march down High Street was exhilarating.  As I would hear George Takei remark at the Stonewall Pride Brunch on Sunday, it was an “Oh my! moment.”  Lining both sides of the street, as far as the eye could see, was just a mass of people.  The spectators seemed to press out into the streets further than I ever remember them doing so in the past.  Police officers along the parade route pressed the spectators back onto the sidewalks.  Conservative estimates place the crowd at over 450,000 people.  Columbus is such an amazingly supportive community anyway, but, on Pride weekend, the city’s love of the gay community is felt especially strong.

One complaint that I have heard over the past few years is that the parade has become too churchy and too commercial.  This year, I was blessed to receive feedback from a few people who were watching the parade for the first time.  All of them commented on how much it meant to them to see churches, politicians, and businesses in the parade.  I remember being very appreciative of those same things after my first Pride.  In my small hometown coming out in support of gay rights would be political suicide.  Prior to that first parade, I couldn’t conceive that any politician would publicly support people like me.  Hearing those voices this year reaffirmed to me how important the presence of churches is in the parade.  Maybe it doesn’t mean anything to those watching the parade who has been to every Pride parade in the last decade and knows that there are churches that will support them, but, to the one who doesn’t know that, the one who can’t conceive of a God or a faith community that will accept them for who they are, it can mean everything to them.  If even one person that needs it sees hope in the eyes or actions of a person of faith marching in that parade, it’s worth it.

Once we reached Goodale Park, I made my way to the Equality Ohio and Why Marriage Matters Ohio booths.  Once there, I spent the rest of the day with a camera crew from Chaos in Rhythm, a video production company that agreed to film people’s stories for use in the Why Marriage Matters campaign.  It was a fun day of lining up interviewees, running camera batteries back and forth to a nearby house to be recharged, and taking care of any other needs the videographers had.  Hearing people’s real stories, from both same-sex and opposite-sex couples, was tremendous.  I am always touched when straight allies care enough about this issue, an issue that they could just blithely ignore, to lend their voice in support of this cause. 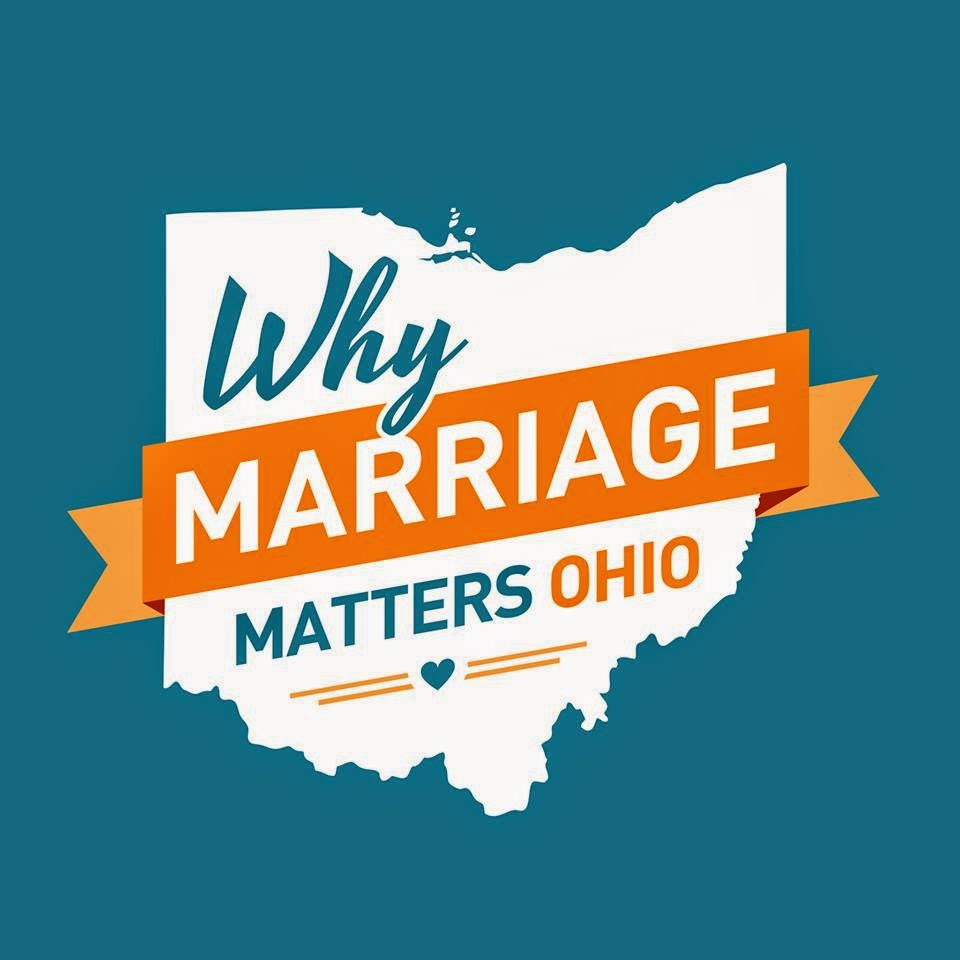 On the Sunday following the parade, I was blessed to be able to attend the Stonewall Pride Brunch, and, while I wasn’t able to get a photo with guests of honor George Takei and his husband Brad, it was an honor just to be near them and to hear George’s amazing speech in support of people like me and like him and so many others, infinite diversity in infinite combinations.  For a kid who grew up watching re-runs of the original series and experienced the influence of Star Trek: The Next Generation throughout his formative teenage years, I was experiencing admiration and respect on a multitude of levels.  This man, having experienced the harsh confinement of Japanese internment camps as a child and later the personal confinement of the closet for fear of losing his career, demonstrated through his speech that we are currently living in a world where a young George Takei would have never thought we, as a society, would “boldly go.”

I’ll conclude with a quote from the late Gene Roddenberry:

“A man either lives life as it happens to him, meets it head-on and licks it, or he turns is back on it and starts to wither away.”

At 77 years of age, George Takei is showing no signs of withering.

Posted by Authentic Culbs at 9:47 PM