In February of this year, I became aware of a transgender person here in my home state of Ohio whose parents had forced (or at least heavily pressured) them into submitting to conversion therapy. The therapy was conducted over the phone, their parents were charged thousands, and surprise, surprise the therapy effort was fraudulently ineffective and altering this individual’s gender identity to be in alignment with what their parents thought it should be. It turns out that the licensed clinician engaging in the “therapy” effort was licensed in and calling from a different state. He was not licensed in Ohio. That fact alone made what he was doing unethical. Upon learning this, I connected the individual with someone who could help them file a complaint with the American Psychological Association. I don’t believe they ever followed through with it though, probably because it could potentially mean revisiting a traumatic experience in their life. As much as I would like to see the perpetrator of this ineffective and harmful practice punished and prevented from doing further harm, I can only respect the individual’s decision to do what is best for them and to protect themselves in whatever way they ultimately determined was best for them.

For me, the experience should have ended there, but I felt the need to keep investigating. I quickly learned that the psychologist involved in this situation is involved in a larger network of providers who specialize in conversion therapy under the umbrella name of Hope for Wholeness. I wondered if they had any licensed professionals operating under this network here in Ohio. A quick check revealed that there were a couple of counselors willing to counsel by phone or Skype. Depending on the requirements of your particular state, the person that is the licensed clinician may be breaking ethics rules, regulatory guidelines, or the law if they engage in counseling with you while being physically located in another state. There were also a handful of “lay” counselors. 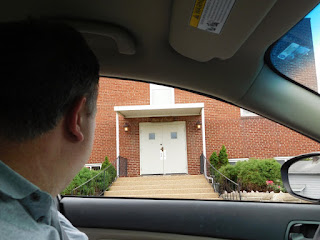 The part that jumped out at me though was seeing the name of the very ministry that I had attended in Columbus years ago in order to be able observe the work that they were doing in hopes of being able to duplicate it in my hometown of Zanesville. I had assumed that, when Exodus International shut their doors a few years ago, they had stopped operating. I’m not sure why I thought that would happen. Maybe that’s what I wanted to happen and so I just blocked out any other possibilities. On the Hope for Wholeness website, the only address listed for the ministry was a post office box. I remembered that from before. When I first inquired about the ministry, they had to verify that they could trust me. It took a number of e-mails before they would give me an address, and then I had to come to the church for a one-on-one meeting with the group leader before they would let me come to an actual group. It’s all very secretive. 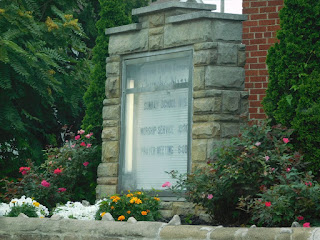 I wasn’t conscious initially that this is what I was doing, but I realize now looking back that, becoming aware that they were still operating, reconnected me to some of the anxiety that I had experienced in my final days of coming to that church and in the months that followed. I started on my own journey to explore and confront that anxiety. I started my going through old e-mails to find the address of the church. Then, weeks later, I pulled the address up on Google Maps and just looked at it. Finally, just a few days ago, I took a friend with me and went back to that church so that I could be in that place and feel the weight of being there. I wanted to have someone with me because I wasn’t sure how I would react in that moment. I decided to record a video while I was there to document the experience and to, in some small way, give voice to the feeling of strength that can come from confronting those things which make us anxious.

Posted by Authentic Culbs at 2:12 PM